If you want my story, I can tell you that I was confused (like most kids are) when I came to plus 2. I was all for studying English and History and the rest. But the left hemisphere of my brain made the choice for me. It didn’t even put Arts or Commerce in the contest. The choice was made between medical and non-medical in the Science stream. Because I fainted at the sight of blood, I decided that going for science- non-med would not be bad. Frankly, ten years later, I still can’t say if it was a good idea.

Be that as it may, my second choice came up when I had to choose between Chemistry Hons. in St. Stephens or Computer Engineering from Jamia Millia Islamia. Since I always had a fascination for spending time in North Campus, the choice should have been easy and natural. But that’s the catch. My left brain took the lead once more and I proceeded to dabble in the world of codes for the coming four years.

You see, making choices is a tricky thing.

During this time, when the head of the department made me the editor-in-chief of the college magazine, the writer in me frolicked in joy because for once, I was not just submitting pieces of writing, wondering if they would ever be published but actually deciding what the magazine would look like, what kind of content it would have and how much could be fitted in (I was always bad with word counts; exceeding was my specialty). The magazine was called Fiction (I know, pretty predictable, yeah) but it was my first literary baby and I am proud of it.

Graduating from JMI, I landed up as a software developer (surprise! surprise!) in a firm called Computer Sciences Corporation. I spent almost two years there, trying to work out whether I really wanted to be somewhere else. In the meantime, I wrote a few articles for The Hindu- Open Page as well as for a website called Being Cyrus. I can safely say that my writing venture had begun. I had cobbled up a few posts and started a blog called Mind’s Bin. Soon, it started winning contests organized by BlogAdda and IndiBlogger and also got nominated for the Indian Blogger Awards once. Eventually, it grew from ten to a hundred posts. And I also started trying my hand at poetry, ending up as one of the winners of the Delhi Poetry Festival from where my poems saw the light of day in Kaafiyana, a collection of poems published by Readomania.

Readomania has played a key role in my literary journey till now because around the same time, my first short story was published by them in their anthology ‘Defiant Dreams’. The book was released on Women’s Day and got featured in Oprah Winfrey’s Book Club 2.0 list of South Asian works. To be frank, I was happy. But not too happy.

Because I was still stuck in a job that didn’t exactly excite me. That’s when I decided to bell the CAT (I know, it’s an overused pun, but what the heck…).

I got into the Indian Institute of Foreign Trade in New Delhi and spent two eventful years studying for a degree of MBA in International Business. To say that the time spent in my b-school was any less than overwhelming would be an understatement. Curating TEDxIIFTDelhi and being a senior executive member of the Media Committee at IIFT were just some of the things that formed a part of my 24X7 schedule at the b-school. And then came an opportunity to spend a semester at Ecole de Management, Strasbourg in France and I literally pounced on it. From attending classes in wine industry to undertaking sea voyages and solo trips while roaming Europe, I can probably say it was the rosiest period of my life. Some kind of a travel bug had bit me and I must have been high on wanderlust that I visited about fifty cities and twenty countries in the European continent.

Of course, all the travel and the unique experiences inspired a lot of writing and I developed a travel blog series, which I plan to extend to a long form someday.

During the same timeframe, I was fortunate to get published in more books like Mock, Stalk and Quarrel and Twilight’s Children, where my story was adapted into a play by Microsoft in its annual conclave in Hyderabad. More offers poured in. More of my short stories were published in e-books like No Apologies by Women’s Web and Badi Badi Campus ki Chhoti Chhoti Stories by InsideIIM.

What came next was the Season 2 of the Times of India Write India and I decided this was my Indian Idol moment. I bagged the winning position for Shobhaa De’s prompt and landed among the top 6 for both Manu Joseph and Twinkle Khanna.

And then came another choice. One much harder than the rest. My team won a funding of 25 lacs for a start-up idea in a contest on sustainable ecosystem and I had to choose between that and joining a management trainee program.

Maybe it was the lure of travel or plain luck when I went for the latter and was thrown into the quagmire of real life when I joined Bharti Airtel as a Young Leader.

To be honest, I have spent all my student life in dillwalon ki Dilli but my YL stint took me all across India. From Chandigarh to Chennai, Amritsar to Ahmedabad, I worked as a newly minted MBA professional trying to unravel the corporate knots and ease myself into the company’s workings. As part of the same stint, I got to work in Uganda as well as a part of the Airtel Africa team for a few months. Africa is pristine and magical, by the way. The famed African safari is worth every buck you spend.

So my journey spanned across a couple of continents and has culminated in Delhi as of now where I work as a zonal sales manager handling a part of the Delhi circle.

During the lockdown period when our lives got a comma inserted in them, I wrote for five ‘Readomania Book of’ series: erotica, romance, mythology, historical fiction and crime.

If you want to know more about me, I call myself an ardent Jane Austen fan and a staunch proponent of Ayn Rand in the same breath, my favorite books being Atlas Shrugged and Pride and Prejudice. I shilly-shally between being a foodie and a fitness freak (I won a half-marathon back in college once). My fondness for Paulo Coelho and Marquez has made me start learning Spanish.

Yes, I am a bundle of contradictions. You will find me as voluble on paper as reticent in person. I am a sentimentalist who makes a job out of collecting feelings of all kinds. I am a sucker for romance and cynical of life in the same breath. I further hold titles of a nihilist, an atheist and a maverick. Allow me to write some more and further blasphemies will result. But write I will. And I hope, my readers, you will read me 🙂 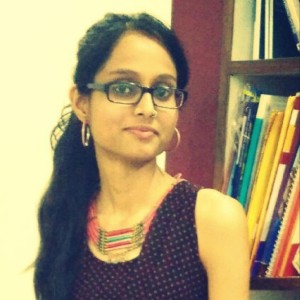